Following Destiny in Saving Time and Lives with Minutes Matter 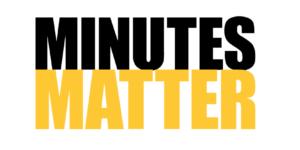 During the time it takes to make a 911 call to help arriving, minutes matter. Recently, an educational movement has launched in the City of Pittsburgh in partnership with UPMC to empower bystanders to take proactive measures in saving lives until professional medical help arrives on scene. Altogether, Minutes Matter trains communities throughout the entire city to value basic emergency knowledge that will ultimately help save lives in a time of crisis.

Cheryl Rickens, EMS Specialist for the AED Program in UPMC’s Prehospital Care Department has helped lead the way in promoting basic emergency education. Her vast experience includes 30 years of first-hand knowledge by being a bedside nurse for 15 years, then diving into prehospital care for the last 15 years. Rickens says, “I was destined to be a nurse. My mother was a nurse and my father was a police officer in public safety.”

Her nursing passion includes cardiology, starting the AED program, becoming an American Heart Association instructor and continuing to teach life-saving guidance to those willing to learn through Minutes Matter. At first, the program started as a city initiative and UPMC joined as a united force. It provides access to basic emergency information and education about life-saving interventions.

Rickens says, “Also in the city, UPMC has become a huge partner in Stop the Bleed Campaign. Along with the City of Pittsburgh EMS, Hands-Only CPR and how to use an AED has been offered but now expanded with the Minutes Matter program and includes highlights from the Stop the Bleed program and how to deal with an opioid overdose.”

Rickens says, “The city’s chief of staff Daniel Gilman portrayed our vision nicely. No matter where a yinzer [Pittsburgher] is in the world, they will be able to save a life. Our initiative aims to keep everyone safe.”

The goal of the program includes increasing the survival rate among patients due to the promotion of knowledge in basic emergency medicine interventions and techniques. It empowers individuals to take action in a time of need. Rickens adds, “We are the city of bridges, and we want to bridge the help needed between calling 911 and the paramedics arriving. During that time, the knowledge from our program will be instrumental in saving someone’s life during a major medical issue.”

Leading programs like Minutes Matter helps to integrate basic, life-saving techniques across cities in the commitment of better care for all. Rickens’ destiny has always followed the path in public safety, even through marriage and family life. She says, “I married into EMS and have been around it my entire life; my three kids have pursued EMS life work in two becoming P.A.’s and one as an Eagle Scout. It’s an honor to leave a legacy for the future of public safety.” All in all, helping to pioneer Minutes Matter and igniting her passion in every step of life has created a safer future for all. 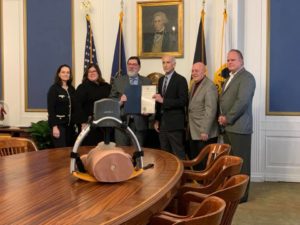 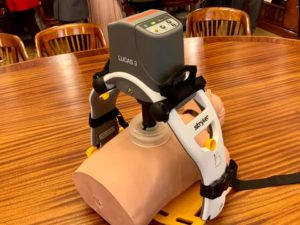 In the fast-paced, call-to-action world of EMS, every minute counts. Providing safe but swift measures in patient care are two binary concepts that can sometimes clash in the heat of the moment. In recent celebratory news, #SavvikSays feature, Executive Director Beth Wolfe and Pittsburgh Emergency Medicine Foundation (PEMF) have forged dynamic, safe innovations to help save lives and time in Pittsburgh, Pa. by funding a LUCAS device to the city’s EMS Bureau.

Wolfe says, “Thanks to the support and work of everyone involved, it benefits both the patient and provider, and it kicks off something exciting for 2020” The LUCAS Device stands for Lund University Cardiopulmonary Assist System and has a two-fold benefit for the EMS industry in being a chest compression device that saves lives.

First, the device provides continuous CPR with the correct rhythm, rate and depth when serving a patient. By providing continuous assistance to the patient, EMS providers can focus on other life-saving tasks pertinent to the patient’s medical needs. This can be beneficial when more than one person is performing CPR on a patient where trade-offs occur to avoid muscle fatigue, which results in disruption or disconnect to the patient’s well-being. Wolfe says, “A person performing CPR can result in distractions from other life-saving techniques necessary to assure the best patient care. The device helps to accomplish an alternative, safe trade-off and providing continuous rhythm.”

In adding to the excitement, Pittsburgh Mayor Peduto honored Wolfe and her colleagues for their work to support first responders and providers in their time-sensitive and stable care to patients. Fittingly, the Mayor gifted a proclamation, known as “Pittsburgh Emergency Medicine Foundation  + LUCAS Device Day” on Valentine’s Day, as symbol to supporting heart health. The EMS Bureau will be able to save more lives securely and safely.

LUCAS Device sets the standard for innovation for providing safe measures to the patient and the provider. Organizations such as PEMF who help fund efficient, life-saving devices also raises that standard of innovation. Wolfe says, “It’s really an exciting time and great feeling to fund one for the city of Pittsburgh. In the future, we are also looking to expand our efforts with raising money and providing one more step in the right direction to help out local EMS services.”